There are over 12,000 extremely hazardous chemical facilities across the nation.

The CEQ today announced that Version 1.0 of the CEJST includes nine new datasets that expand its criteria for disadvantage, and now capture projected climate risk, lack of indoor plumbing, linguistic isolation, redlining data, legacy pollution, and water pollution. These added indicators help the tool better identify farmworker communities, who often experience unsafe housing conditions, and communities who experience environmental injustices due to the legacy of racist public policy. The CEJST also identifies lands that are within the boundaries of Federally Recognized Tribes and locations of Alaska Native Villages as disadvantaged communities. These improvements to the CEJST directly incorporate several of our recommendations, and reassure us that the CEQ is laying out a more transparent, iterative and democratic process for identifying communities eligible for Justice40 benefits.

Acrid smoke filling barely breathable air. School buildings shaking as students and teachers sheltered in place. First responders fighting fires over multiple days, and at a disadvantage due to the hazardous chemicals present. This was just some of the havoc wrought by three dangerous incidents at chemical facilities that occurred within a two-week span in January 2022, all of which caused significant harm to workers and communities. A timely joint report by Coming Clean and the Environmental Justice Health Alliance for Chemical Policy Reform (EJHA) analyzes these incidents and uses them as a lens to address the adequacy of the Risk Management Plan (RMP) rule, the U.S. Environmental Protection Agency’s (EPA) primary regulation intended to prevent chemical disasters. And, as EPA has recently proposed revisions to the RMP rule, Coming Clean and EJHA identify where EPA needs to do better in order to achieve its stated goal: protecting communities and advancing environmental justice.

Maya Nye felt the boom that changed her life from a mile away. Then a fire truck went down her one-way street announcing that a shelter-in-place order had taken effect and to shut all doors and windows. Nye, then 16, sheltered in place like she had been taught in school, but the duct tape she put up to cover the cracks around the door and windows didn’t work. The smell infiltrated her house. An explosion at the Institute chemical plant then owned by former French chemical company Rhône-Poulenc killed one worker and injured two others who were in a unit for the insecticide methomyl. It was Aug. 18, 1993 — nearly nine years after a leak of highly toxic methyl isocyanate from a Union Carbide pesticide plant in Bhopal, India, killed thousands of people and caused permanent disabilities or premature death for many thousands more. “My life was forever changed,” recalled Nye, who became a chemical safety advocate and is now federal policy director for Coming Clean, a chemical industry-focused environmental health nonprofit. Read More

Despite housing millions of pounds of hazardous chemicals, the Passaic chlorine plant that was almost engulfed in a massive fire earlier this year was not required to register its stockpile with the federal government or develop a special safety plan, according to a report released Tuesday by a watchdog group. The Qualco chlorine plant falls outside the purview of the Environmental Protection Agency's Risk Management Plan and its most recent revisions designed to prevent chemical disasters like the one that nearly unfolded in January. "A stronger rule is needed to ensure that hazards are removed, or we will continue to see more chemical disasters," said Steve Taylor, a director at Coming Clean, an environmental nonprofit group based in Vermont. Elias Rodriguez, an EPA spokesman, confirmed that Qualco is not in the EPA's program because it "does not meet threshold quantities of RMP-regulated substances." Read More

(KPLC News) Some think more needs to be done to reduce risk from chemical leaks and explosions from industries. The explosion at Westlake Chemical in January is one of three featured in a report profiling explosions and safety measures that authors said EPA can require right now to prevent future chemical disasters. Authors of the report wrote six workers were injured and 7,000 students in a dozen schools had to shelter in place. Steve Taylor said their report includes three case studies of serious chemical incidents, including Westlake. “That happened within two weeks of each other, in January of this year, and each of those incidents and the failures that led up to them provides important insights for how EPA needs to strengthen this rule to prevent chemical disasters,” Taylor said. Read More

A new report points to a chemical explosion in Louisiana this year as a prime example of why the federal government should toughen national safety standards at petrochemical plants. The Jan. 26 blast that injured six workers at Westlake Corp.’s Lake Charles South complex and forced thousands of students to shelter at their schools was one of three chemical incidents highlighted in the report, produced by Coming Clean and the Environmental Justice Health Alliance for Chemical Policy Reform. Read More 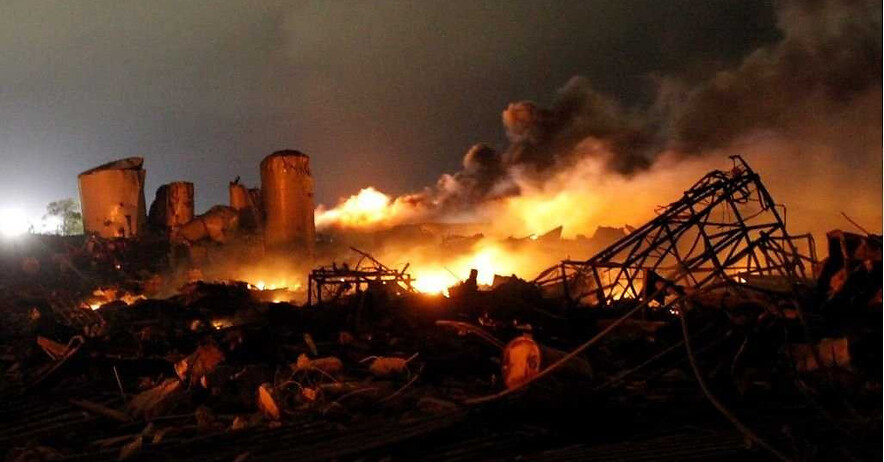