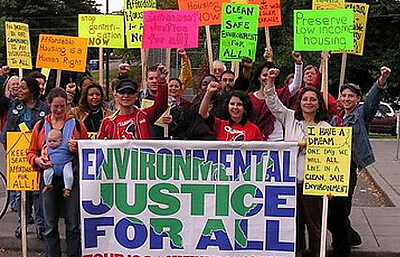 Coming Clean maintains a close strategic partnership with the Environmental Justice Health Alliance for Chemical Policy Reform (EJHA). The Environmental Justice Health Alliance for Chemical Policy Reform is a national network of grassroots Environmental and Economic Justice organizations and advocates in communities that are disproportionately impacted by toxic chemicals from legacy contamination, ongoing exposure to polluting facilities and health-harming chemicals in household products. EJHA supports a just transition towards safer chemicals and a pollution-free economy that leaves no community or worker behind. The EJHA network model features leadership of, by, and for Environmental Justice groups with support from additional allied groups and individual experts. EJHA and Coming Clean provide financial, strategic, and technical support to grassroots Environmental Justice organizations so they can better execute their campaigns, launch new economic development initiatives, and hold government and corporations accountable. This unique and deep partnership has benefited both EJHA and its affiliates, and Coming Clean and its members, by allowing both networks to retain their independent identities and leadership while achieving more together than they could alone.

Growing up in Wilmington, Delaware, my family and I smelled the stench of tanneries every day. Our view was the smokestacks and facilities of the Route 9 Industrial Corridor—and it wasn’t until later that I realized children in whiter, more affluent neighborhoods were more likely to see trees and parks instead. As I grew older, I came to realize that air pollution, Brownfields, and chemical accidents weren’t something that every family deals with. In fact, neighborhoods just across the river had tree-lined streets and rolling parks, instead of smokestacks and Brownfields. This is “environmental injustice”. Many families, especially in communities of color and poor areas, face industrial pollution and its health impacts every day—while whiter and wealthier communities breathe cleaner air and live in a less toxic environment.

Environmental injustice is a daily fact of life for millions of Americans. Because communities of color and the poor don’t have as much political power, they can’t refuse chemical plants, industrial pollution, and the health problems it contributes to. Multinational companies target our communities to carry the burden of their toxic waste—while whiter and more affluent communities benefit from a greater share of their profits. This is wrong, and it’s time for change. 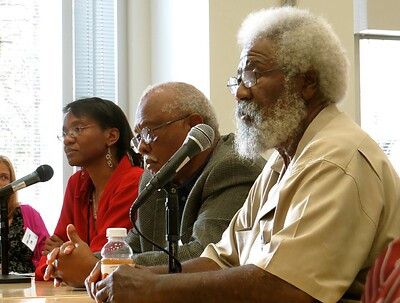 That’s why we host the Environmental Justice Health Alliance with Coming Clean: to unite environmental justice communities living 'fenceline' to polluting industries across the nation, find synergy in our stories, struggles, and successes, and create a national movement to address the injustice of who suffers and who benefits from chemical pollution.

We are united by the belief that every child, no matter the color of their skin or the wealth of their family, deserves an environment free of toxic chemicals that limit their health and potential. We believe that no community would allow pollution that could harm their children’s health if every community suffered this pollution equally. At the Environmental Justice Health Alliance and Coming Clean, we’re working every day to reduce the harms caused by toxic chemicals, starting with those who are harmed first and worst. 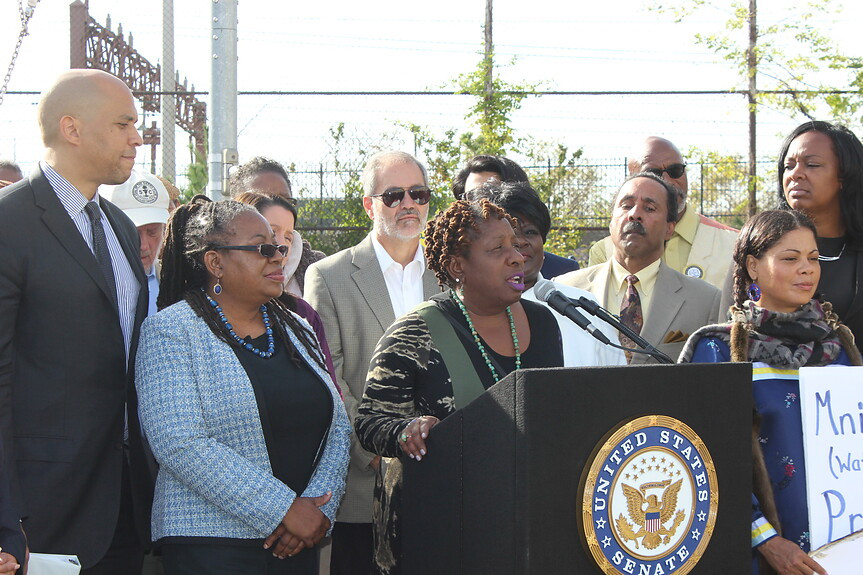 The CEQ today announced that Version 1.0 of the CEJST includes nine new datasets that expand its criteria for disadvantage, and now capture projected climate risk, lack of indoor plumbing, linguistic isolation, redlining data, legacy pollution, and water pollution. These added indicators help the tool better identify farmworker communities, who often experience unsafe housing conditions, and communities who experience environmental injustices due to the legacy of racist public policy. The CEJST also identifies lands that are within the boundaries of Federally Recognized Tribes and locations of Alaska Native Villages as disadvantaged communities. These improvements to the CEJST directly incorporate several of our recommendations, and reassure us that the CEQ is laying out a more transparent, iterative and democratic process for identifying communities eligible for Justice40 benefits.

Today, Coming Clean and the Environmental Justice Health Alliance for Chemical Policy Reform released a report that profiles three chemical incidents that occurred within two weeks this January, and recommends specific safety measures that the Environmental Protection Agency (EPA) should require in order to prevent future chemical disasters. Preventing Disaster offers actionable recommendations the EPA should include in its final rule that could prevent similar incidents from happening in the future, including: requiring all RMP facilities to consider, document, and implement safer chemicals and technologies; expanding the Risk Management Program to cover ammonium nitrate and other hazardous chemicals which remain excluded in the proposed rule; requiring RMP facilities to not only consider the risks posed by natural hazards, as proposed in the draft rule, but to take meaningful steps to prepare for those risks, such as implementing backup power for chemical production and storage processes. Read More

The Coming Clean network looks forward to carefully reviewing the new draft Risk Management Plan Rule, in strategic partnership with the Environmental Justice Health Alliance for Chemical Policy Reform. Our members, which include health and policy experts, environmental health and justice organizations and frontline community members, have been vocal about the urgent need to update this rule with the aim of preventing chemical disasters. Chemical releases, fires, and explosions occur with disturbing regularity in the US. On average, over 100 harmful incidents occur every year at RMP facilities, frequently causing schools to shelter in place, residents to evacuate, and harmful air pollution to spike. Communities of color and low-income communities disproportionately bear the impact of these disasters. Read More

Over 90 organizations joined Coming Clean and the Environmental Justice Health Alliance for Chemical Policy Reform in expressing strong support for the Environmental Justice for All Act (H.R. 2021), as it goes before the House Committee on Natural Resources for markup today, urging committee members to “advance this important legislation swiftly to a vote on the House floor.” Read More

The Promise of the Environmental Justice For All Act: NRDC Expert Blog

The Environmental Justice for All Act (EJ for All Act) is an essential federal legislative effort to begin remedying the long history of environmental racism and injustice in the United States, including the cumulative and disproportionate pollution burdens threatening communities of color, low-income communities, and Native/Indigenous nations and communities across the country. Importantly, this landmark bill has been developed in close partnership with leaders in the environmental justice movement. The extensive public input process that informed the EJ for All Act’s creation has produced legislation uniquely shaped by the same people and communities that will benefit directly from its policy improvements. Accordingly, the EJ for All Act recognizes that meaningfully improving the lives of Black, Indigenous, and People of Color requires transformative change led by those on the frontlines. As described by Michele Roberts, National Co-Coordinator of the Environmental Justice Health Alliance for Chemical Policy Reform, “This is legislation that our affiliates see themselves in.” Read More

28 organizations today joined Coming Clean and the Environmental Justice Health Alliance for Chemical Policy Reform in expressing strong support for the Environmental Justice for All Act (H.R. 2021), sponsored by Representatives Raúl Grijalva and Donald McEachin. In a letter, they urged the U.S. House of Representatives Natural Resources Committee to “advance this important legislation quickly to begin remedying the long history of environmental racism and injustice, and cumulative and disproportionate health and environmental impacts, that affects communities across the country.”  Read More