The Farmworker Health and Justice Team is coordinated by:

Members of the Farmworker Health and Justice Workgroup:

Our Farmworker Health and Justice Team campaigns for better working conditions, improved and stronger health and safety regulations, and, ultimately, better health for farmworkers, based on the priorities and needs of farmworkers at the grassroots. The team is working to reduce toxic agrichemical exposures, empower farmworkers to speak and advocate for themselves, and win policy reforms and advocate for pesticide use reduction and eventual elimination to address the occupational health and safety of the most underrepresented among us. By uniting farmworkers with the expertise of healthcare professionals and health experts, scientists, attorneys, young people, and advocates, this team raises the voices of people who have been historically invisible to those in power, and we ensure that our victories make a difference in the lives of those most directly affected—because our leadership comes directly from farmworker communities. 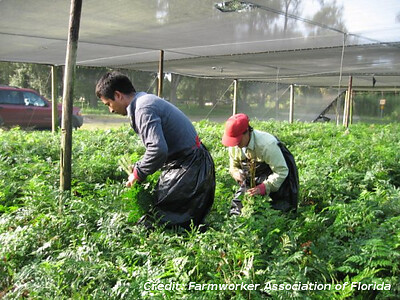 Americans need to consider the harsh reality farmworkers face when we purchase food. Working outside, often in extreme heat for long hours, sometimes without access to shade, water, or restrooms—farmworkers labor in difficult and dangerous conditions.

In addition to immediate poisonings, farmworkers face long-term health impacts, such as elevated risks of cancer, birth defects, infertility, and neurological disorders as a result of exposure to hazardous pesticides. Farmworkers also “take home” pesticides on their clothing, footwear, and skin, exposing their families to these hazardous chemicals and their associated risk of causing sickness and other health impacts.

On top of pesticide exposures, farmworkers are also exposed to many of the same toxic chemicals as the rest of us: in household products, in the food we eat, in drinking water, and pollution from chemical plants. Better policies and corporate practices to protect people from pesticides are essential to ensure a healthier and more just future.

Coming Clean is working to make this healthier and more just future a reality. We're calling for fairness and justice for our nation's most vulnerable workers. Our Farmworker Health and Justice Team is comprised of over a dozen pesticide and farmworker justice organizations—ranging in scope from local grassroots groups to national advocacy organizations. The team is campaigning for better working conditions, improved safety precautions, and, ultimately, better health for farmworkers. We're working to reduce toxic agrichemical exposures, empower farmworkers to speak and advocate for themselves, and demanding policy reforms to address the health and wellbeing of the most underrepresented among us.

Chlorpyrifos is now banned from use on any food sold in the U.S. (see Final Rule here and EPA summary here). This is a victory of science and the law over the poisonous profits of big agrochemical companies, and certainly there is much to celebrate. Food will be safer for our families. Farmworkers will be safer when working in the fields. Our rivers, lakes, and drinking water will be safer without chlorpyrifos running off fields into waterways. Even wildlife will be safer – birds, fish, and bees – without chlorpyrifos.But this victory for health and safety has been delayed by over 20 years – decades of poisoned wildlife and people, especially children, could have been avoided with prudent early action. Read More

People of color more likely to be harmed by pesticides, study finds

People of color and low-income communities are at disproportionate risk of pesticide exposure, a new study has found. Roughly 90% of pesticide use in the US is in agriculture, making farmworkers – 83% of whom identify as Hispanic – more vulnerable to the synthetic chemicals intended to kill, repel or control pests. Jeannie Economos, pesticide safety and environmental health project coordinator at the Farmworker Association of Florida, said: “We need to get rid of these pesticides and find alternatives. They’re not only poisoning farmworkers, they are in our groundwater, on our food, and depleting our soil.” Read More

As masses of plaintiffs pursue Roundup cancer compensation, migrant farmworkers are left out

In 2018, a California school groundskeeper took Monsanto Company to court, alleging that Roundup, one of America's most popular weed killers, caused his Non-Hodgkin's lymphoma cancer. The jury agreed and ordered Monsanto to pay the man $289 million in damages, concluding the world's first Roundup cancer trial. Since then, more than 100,000 plaintiffs exposed to Roundup have sought retributions in the courts. While Bayer... has agreed to pay billions of dollars to put these cancer lawsuits to rest, legal experts say migrant farmworkers, who are at the forefront of pesticide and herbicide exposures—including Roundup—are expected to be left out.

Araceli Ruiz has been harvesting fruits and vegetables in California’s Salinas Valley, a region known as “the salad bowl of the world,” since she arrived in California from a small town in central Mexico at 19. While the 43-year-old mother of three is proud of her hard work, the job’s hazards have taken a toll. About six years ago, she decided to share her story with other farmworkers. After linking up with the Greenfield chapter of Líderes Campesinas, a network of about 500 women and girls spread among 14 local chapters in California’s biggest agricultural centers, she began warning the community about the dangers of pesticide exposure.

"This is another example of environmental racism that our communities are consistently impacted by,” added Richard Moore, co-coordinator, Los Jardines Institute. “Now is the time to begin to dismantle systemic racism within all levels of government."

EPA to ban food use of pesticide linked to brain damage

Advocates for farmworker rights were particularly vocal about the decision’s implications. Jeannie Economos, a project coordinator for the Farmworker Association of Florida, praised EPA’s plan as "robust" and key to ensuring protections for workers and their families. “Farmworker children in rural areas are just as valuable as children anywhere in the world, and it is unconscionable that it has taken so long to provide equal protection to these beautiful, yet vulnerable children in our agricultural communities," Economos said. Read More

A new study published Tuesday found that after switching to an organic diet for just a few days, people could cut the levels of a pesticide linked to cancer found in their urine by more than 70 percent. Read More

As the number of COVID-19 cases continues to climb, guidance around how to control the virus’s spread has become a steady drumbeat: Wash your hands, wipe down surfaces, and stay home. Implicit in these recommendations is the assumption that households have safe and clean running water and indoor plumbing. But for more than 2 million people across the United States, that basic human right remains out of reach.  Read More 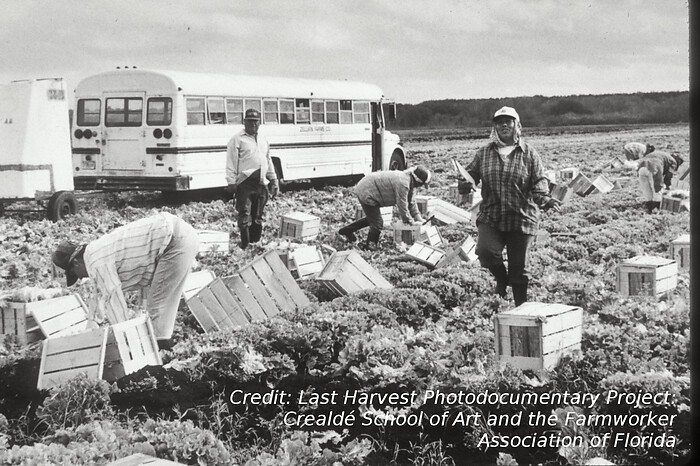 Farmworkers in the fields of central Florida