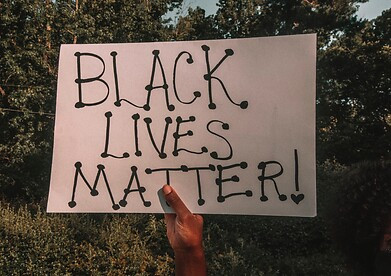 Coming Clean stands in solidarity with those protesting the murders of George Floyd, Breonna Taylor, Tony McDade, Ahmaud Arbery and the culture of white supremacy and systemic racism that has caused the senseless loss of lives of countless other Black men, women and even children in our country at the hands of people and institutions that regularly escape being held accountable for their actions.

We are witnessing an historic moment of justified outrage that is the result of years, decades and even centuries of economic exploitation in which Black lives have been devalued and dismissed, times when the incredible contributions of Black people have been disregarded and demeaned far too often.  This must stop!  Protesters across the country are demanding a justice that has been too long denied. It is a justice that cannot wait.

The COVID-19 crisis has highlighted the acute health disparities experienced by Black Americans, and the impact this is having on Black communities. As a nonprofit dedicated to protecting people from toxic chemicals and reforming the chemical and energy industries to ensure health and safety in all communities, we cannot ignore that the same factors that lead to toxic industries disproportionately poisoning the air, water, and homes of Black, Latina/o, Native/Indigenous, Asian Pacific Islanders and low-income communities also underlie a system of militarized police force that disproportionately stops, detains, criminalizes and kills people of color, all while refusing to hold the perpetrators accountable.

Communities of color, Native/Indigenous and low-income communities are far too often targeted for environmental contamination and violence by those that are paid to protect them. Coming Clean is committed to hearing and elevating the voices of these communities.  We support local  leaders in their efforts to oppose racism, white supremacy and police brutality. Their priorities and visions will guide the systemic change needed to address these issues. While we look to these other leaders for guidance, we understand that our network must not only be an ally, but that we must act, not just now but in the days, weeks, months and years ahead -- long after the cameras are gone. There is no environmental health without racial justice. There is no economic justice without racial justice.

Our network of more than 170 organizations is committed to self-transformation in order to address and change the culture of white supremacy wherever it manifests, just as we are committed to supporting systemic changes to redress racial injustices, led by those most impacted.

Coming Clean is a nonprofit collaborative of environmental health and environmental justice experts working to reform the chemical and energy industries so they are no longer a source of harm. We coordinate hundreds of organizations and issue experts—including grassroots activists, community leaders, scientists and researchers, business leaders, lawyers, and advocates working to reform the chemical and energy industries. We envision a future where no one’s health is sacrificed by toxic chemical use or energy generation. Guided by the Louisville Charter for Safer Chemicals, Jemez Principles of Democratic Organizing, and the Principles of Environmental Justice, we are winning campaigns for a healthy, just, and sustainable society by growing a stronger and more connected movement.