"For decades, my family suffered unexplained coughing, sneezing fits, and strange illnesses, but I never realized we could be sick simply because of where we lived. Later I came to realize that my neighborhood—the ‘Rubbertown’ area of Louisville, KY—is practically surrounded by nearly a dozen refineries, chemical facilities, and other industrial sources of toxic pollution. The health and safety of our community, which is largely of people of color and poor families, is under constant assault from our industrial ‘neighbors,' and we’re left to suffer asthma, cancers, and other health impacts linked to their pollution. 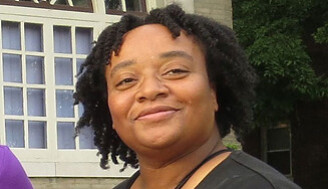 "I didn’t realize that these industries could be the cause of my family’s health problems until I got a flyer at my door from Rubbertown Environmental ACTion (REACT) asking me to attend a meeting and learn more. REACT helped me understand the damage these companies were doing to our health, and I became determined to join my neighbors to fight for limits on what and how much toxic chemicals corporations could release into our community.

"Coming Clean has helped us to become a data-driven, respected, and effective community group—and instead of being ignored, agency representatives come to us for our insight and opinions. We’ve become a force to be reckoned with!"

"In the beginning, our local government seemed to ignore our health concerns and disregard REACT on the premise that we were largely a volunteer-run community group and we didn’t have the toxicologists and political connections the chemical companies had.

That’s where Coming Clean made all the difference.

"When we joined the Coming Clean collaborative they connected us with researchers, health experts, and knowledge gained from hard-fought struggles in communities like ours. They had the technical expertise to help us understand what we've been experiencing, the language to frame the issues as we saw them, and they connected us with fenceline groups around the country to multiply our impact. Now, we’re communicating with others, utilizing resources we couldn’t get on our own, and finding better ways to get heard and create change. Our relationship with Coming Clean has helped us to become a data-driven, respected, and effective community group—and instead of being ignored, agency representatives come to us for our insight and opinions. We’ve become a force to be reckoned with! 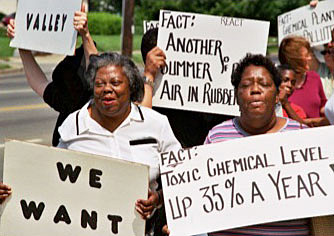 "Working with Coming Clean and their Environmental Justice Health Alliance, our coalition won an important update to EPA’s Risk Management Plan (RMP), the federal laws that regulate facilities which threaten local communities with explosions or poison gas disasters. Rubbertown, my neighborhood, is surrounded by dangerous RMP facilities. Coming Clean played a unique role in this victory, uniting grassroots organizations like mine with lobbyists in Washington, DC. Coming Clean helped raise awareness of the danger we face by spreading our stories through the media and working with experts to lend credibility to our experiences—so we weren’t so easily dismissed by lobbyists from chemicals companies. Because of this unique approach, our local, grassroots organization was able to help win a victory that will improve the lives and safety of families across the nation—something we couldn’t have done alone.

"It must be said that communities like mine, which are mostly people of color, suffering disproportionate rates of health problems, and lacking the resources wealthier communities have, still face deep challenges when it comes to our living conditions and the ongoing contamination we endure. However, I believe Coming Clean’s principled approach of grass-roots leadership, inclusion and collaboration, and, most of all, justice for those who have found themselves living in chemical ‘sacrifice zones’—is the approach that will win true and lasting change for all of us."

The nonprofit environmental health network, Coming Clean, is seeking to hire a full-time Network Program Associate to join our team. The Program Associate’s primary role and responsibility is to assist in the operation and membership engagement of the Coming Clean Network and to provide logistical support for program convenings

Chemical Hazards in the Wake of Hurricane Ida, One Month Later

"This is another example of environmental racism that our communities are consistently impacted by,” added Richard Moore, co-coordinator, Los Jardines Institute. “Now is the time to begin to dismantle systemic racism within all levels of government."

Decades after emerging from the broader civil rights movement, setting itself apart from traditional environmentalism, flourishing in academia and wending through public discourse, the environmental justice movement has now achieved unprecedented prominence as activists work to entrench their gains within the federal government.

A path to climate, economic and environmental justice is finally on the horizon

In the next few weeks, congressional leaders have a critical opportunity to join forces with President Joe Biden to turn the tide against climate change, economic inequality, and environmental injustice.

Coming Clean stands in solidarity with those protesting the murders of George Floyd, Breonna Taylor, Tony McDade, Ahmaud Arbery and the culture of white supremacy and systemic racism that has caused the senseless loss of lives of countless other Black men, women and even children in our country at the hands of people and institutions that regularly escape being held accountable for their actions.

More than 150 affected communities, environmental justice organizations and other groups are calling on the Environmental Protection Agency to rescind or replace its policy allowing companies to stop reporting how much they pollute under the guise of COVID-19. Read More